The Tesla Megapack is a large-scale lithium-ion battery storage product manufactured and installed by Tesla, Inc.

The Tesla Megapack is a large-scale lithium-ion battery storage product manufactured and installed by Tesla, Inc.

What are the benefits?

Megapacks are designed to be used for large-scale energy storage. Tesla has stated that Megapacks could be used by utility companies to replace peaker power plants, which generate extra energy during periods of peak demand. Megapacks are designed to store energy that can later be used during peak periods, rather than requiring a power plant to generate the extra energy in real-time, using coal or natural gas. This means that grid battery storage can help to reduce power plant carbon dioxide emissions and unit costs of energy production. Using stored energy during peaks, or reducing usage through other means, is known as peak-shaving.

In the SPEEDIER project, the Megapack is located next to the Solar PV system; it charges through the generated electricity from the solar panels or through the grid during off-peak times, if needed.  Its primary purpose within this microgrid demonstration project is to ensure continuation of electricity service during grid outages by distributing the stored power to customers.

Megapack has the capacity to store 1,257 kW power equivalent of 2514 kWh of energy. 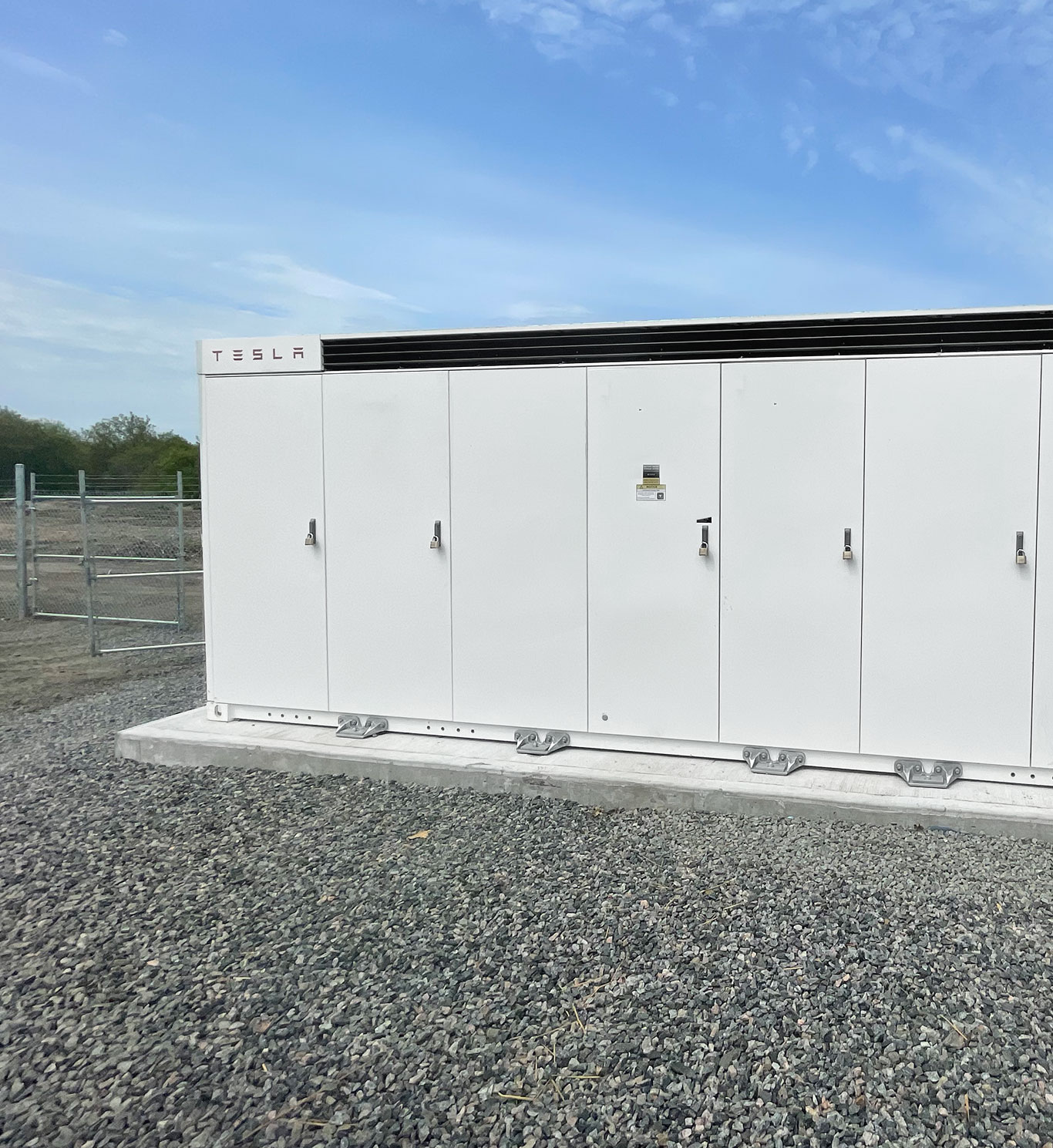 Login to Speedier
Reset Password
Enter the username or e-mail you used in your profile. A password reset link will be sent to you by email.